“Never hesitate to go into debt for something worthwhile.” – William H. Mason

In the early years of the twentieth century, the lumber industry as a whole faced a serious downturn. Vast areas of virgin forests had been clearcut to supply timber, but even with replanting, trees of a viable size would take generations to regrow. The timber industry’s might was waning, and all timber companies were left with was sawdust.

Sawdust from timber production actually accounted for nearly thirteen percent of any finished lumber product. This waste eventually became a commodity unto itself, serving to power various industrial processes at several local businesses. However, no matter how efficiently it was used, its existence served to highlight the waste inherent in the milling process.

Around this same time, a young engineer named William Horatio Mason proposed to his fiancé, the daughter of a timber land baron. Mason was a Virginia native who was educated at Cornell, and at the time of his engagement and subsequent marriage, was working as an apprentice of Thomas Edison.

After his apprenticeship, Mason worked in a shipyard during WWI, and became interested in the technical properties, applications, and potential of wood, especially when exposed to steam. His interest morphed into a fascination with lumber production, and specifically the sheer amount of waste generated. He conducted a series of experiments, eventually uncovering a means to extract turpentine from lumber, thus reducing waste and allowing the end result to be sold for shipbuilding purposes — “naval stores”.

He presented his idea to the owners of the Wausau-Southern Lumber Company — relatives of his wife — who agreed to allow him to test his processes in their Laurel mill. His methods proved so successful that the company converted several of their traditional kilns to this process and exponentially expanded Mason’s business, and their own.

He then turned his attention to a similar problem: extracting rosin from low quality pine lumber. Using a similar methodology, Mason proved that his processes could take 15,000 board feet of lumber containing turpentine and rosin — officially waste products of the lumber industry — and turn them into usable products for naval application, all the while improving the quality of the lumber being treated.

The process ultimately paid for itself and then some, earning Mason local and national recognition.

As with most business ventures, timing is everything. While Mason’s achievements were monumental, they weren’t sustainable. Shipbuilding, the primary market for the turpentine and rosin Mason extracted, was dying off, and the timber industry was facing a shortage of pine in the coming years. His solutions seemed to appear as the need was waning.

Faced with declining markets for his new industry, Mason searched for another means to generate revenue for himself and his Wausau-Southern backers. He entrusted the day to day operations of his extraction mills to his former colleague and fellow Edison mentee, Charles Westphalen, and turned his attention to back to invention.

His original curiosity about the effects of steam on wood had led to his innovative extraction process, but he wasn’t satisfied that the potential had truly been explored. He began testing a combination of steam and pressure on rough wood chips — essentially the litter from hauling, planing, and finishing lumber — and discovered that they could be broken down into wood fibers.

Those, he could work with.

Ever the showman, Mason knew that he had to sell his new product idea to his Wausau financiers. He killed two birds with one stone, creating a pressure chamber to facilitate the process in the form of a small cannon, which was guaranteed to make an impression on his audience.

The “gun”, created by Laurel Machine and Foundry, was comprised of a fifteen inch steel shaft with a three inch diameter. One end fit into a valve in the barrel, and a fitting in the shaft read the internal temperature. The shaft was then loaded with wood chips and water and heated to 480 degrees, producing roughly 600 pounds of pressure per square inch. When the “trigger” — the pressure valve — was pulled, the force sparked an explosion that resulted in Mason’s new wood fiber product.

SUCCESS WITH THE FIRST SHOT

The true test of Mason’s new process came in 1924, when he and Charles Westphalen traveled to present their ideas to the Wausau-Southern investors. Without seeing the product or Mason’s showy process, the investors agreed to provide the funds for Mason’s continued research and testing as long as they retained all patent rights.

Once the deal had been agreed upon, Mason and Westphalen returned to Laurel, inviting their backers to visit their investment in the coming weeks. In the meantime, the endeavored to build a new “gun” — a bigger and better version that would be impressive to investors, as well as create more product per load. They used engines from steam-powered automobiles — now an obsolete means of personal transportation — to create the steam and pressure needed for the transformation of wood to fibers.

After extending the invitation and agreeing upon the dates their investors would be in Laurel, Mason and Westphalen encountered an issue in their construction. The car engines they’d used to create the larger gun were old, which meant that they leaked and could not retain the pressure needed to convert the wood chips into fibers as in Mason’s original design. Rather than admit defeat, Mason decided that they would just fake the demonstration and rebuild the gun later — after the investors left Laurel.

The day of the demonstration arrived, and the eager investors gathered in Mason’s lab. The “gun” was loaded, the shot fired, and the investors awed by the blast. At this point, Mason reportedly yelled, “Success with the first shot!” His outburst and the explosion allowed Westphalen time to enter the testing chamber and cherry-pick the best sample — not the entirety of the contents of the barrel — to show investors.

Since the investors were never close enough to the load to know the difference between input and output, they only saw what Mason and Westphalen wanted them to see — the showy demonstration and the impressive final product.

The investors were convinced, and continued their funding of Mason’s research. However, the question of utility was raised. What did Mason intend to do with these wood fibers he’d created? How could they be used to generate revenue for the company?

The question of the product’s purpose required almost as much research and testing as its creation. Paper products seemed the logical choice for the wood fiber, but all tests in this vein failed; paper made from the fibers was weak and substandard. Mason moved on to creating pressed insulation board, but found his equipment wasn’t powerful enough to create the sturdy building material he desired.

Undeterred, he shipped a train car of his fiber material to the Marathon Paper Mill in Wisconsin, convinced that their larger, steam-powered presses would do what his equipment could not. Through repeated testing and tinkering, he discovered that the fibers could be made more sturdy, but he hadn’t found the right combination of variables to result in industry-level strength.

Sometimes a fluke results in the greatest forward progress. This was such an occasion for William Mason. While working with the paper mill’s presses, Mason had loaded the steam press with fibers for an experiment he planned to conduct after he returned from lunch. He turned the machine’s pressure valve off, and left.

Unbeknownst to Mason, the pressure valve was faulty. Rather than remaining off and holding the pressure constant, the valve allowed steam into the chamber with the wood fibers, creating a reaction that lasted for the entirety of Mason’s lengthy lunch break.

When Mason returned, he found that the faulty press had created a much stronger board from his fibers than any of his extensive testing had yet produced. Further testing was conducted on the board, and revealed that the new board was stronger than the original wood from which it was created. Mason had invented a product, made from lumber waste, that was stronger than the original timbers it was comprised of. He named the revolutionary new product after himself — “Masonite”.

Wausau rightfully recognized Mason’s achievement as a potential industry disruptor, but they knew they needed help to fund and market the product. They approached Eastman Gardiner as partners in 1925, and with their help, the Mason Fiber Company was born. Charles Green, of Eastman Gardiner, was installed as the company’s president, and Mason took on the title of vice president but remained firmly ensconced in research and development, his primary passions.

Unwittingly, the Mason Fiber Company — eventually renamed Masonite — became one of the chief reforestation and conservation proponents in the Piney Woods. It encouraged replanting and reforestation on the bare landscape, offering free education and advice to farmers willing to make an investment in timber.

The company’s attitude toward resource management encouraged a culture of research and conservation that extended into the civic realms of Laurel, effectively changing how the city interacted with its industrial residents.

William H. Mason was an inventor and a visionary, and while not a native of Laurel, spent most of his life here. His true passion lay in finding ways to reduce the environmental footprint of the behemoth lumber industry, and create products from their cast offs with relevant uses to the wider market. He reinvented himself time and again: refusing to accept failure or even complacency; throwing himself into new challenges with tenacity; wrestling with every problem until it was solved.

Mason, along with our founders, John Lindsey, Catherine Gardiner, and a host of other leaders, visionaries, and makers, represent the spirit of our City Beautiful. Laurel is complicated, enigmatic, and at times, downright unruly. But she is also steadfast, enduring, and endlessly hopeful.

Laurel was brought into this world on the screaming rails of a lumber company train, her birth heralded by the smell of smoke, sap, and sweat. One hundred thirty-five years later, she stands again at the crossroads of progress and possibility, facing our generation with a legacy of innovation, imagination, and hope.

We have a lot to live up to. 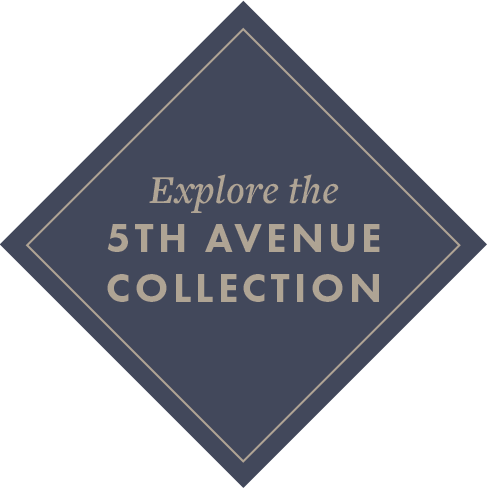 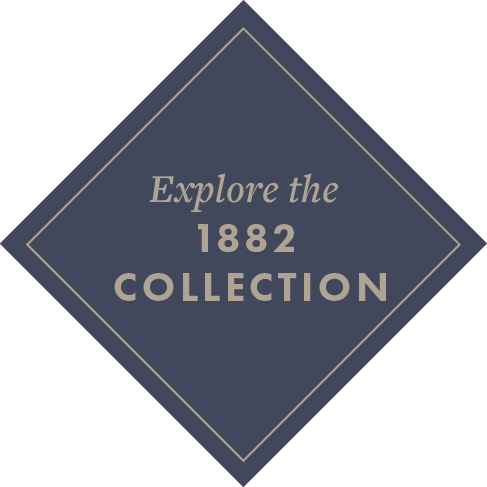 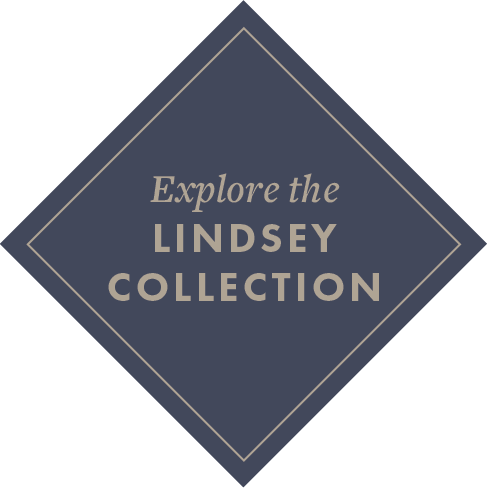