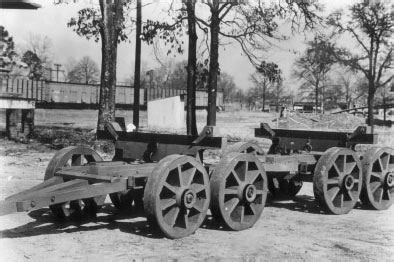 “Be it known that I, John Lindsey, of Sandersville, in the county of Jones in the State of Mississippi, have invented new and useful Improvements in Vehicles, of which the following is a full, clear, and exact description.” – John Lindsey, patent application for the Lindsey Wagon

Not all of Laurel’s growth, or her accomplishments, can be attributed to our Iowa men. Some of our greatest and most enduring successes were homegrown, and their legacies (and relations) still live on in Laurel today.

John Lindsey was a local, a Sandersville boy, who owned and operated a small mill north of Laurel. Like any small business owner, he found himself stuck in a cycle of competition with operations much larger and better funded than his own. Anything he could do, they could do better. And faster. And cheaper.

Recognizing that his biggest struggle was not the actual milling, but the gathering of the timber, he set about to find a more efficient way to move trees from woods to mill.

The largest lumber operations in the area simply laid railroad tracks into the woods and moved timber via steam power onto trucks, which pulled them back to the mill. Smaller mills didn’t have this luxury. They relied on wagons or skids pulled by teams of livestock, and were limited by the strength of the livestock, the awkwardness of the loads of logs, and the difficult terrain. Most methods of conveyance had only one or two axles, connecting two wheels each, which made for slow going in the Piney Woods.

Redesign of these carts had been attempted, but none were very efficient or very effective. The weight and length of the logs, combined with the uneven ground, made transporting more than two or three logs at a time impossible.

Lindsey knew that there had to be a solution that would be able to carry weight, traverse the difficulties of the woods, and make allowances for the length of the logs. After much research, design, and testing, he created an eight-wheeled wagon that would solve all three of these problems.

The Lindsey Wagon was patented in 1899. It consisted of two “trucks”, each with four wheels, that formed a longer, more agile means to transport the lengthy, heavy timber from the woods. The wagon was ground-breaking, though, because of the design of its system of wheels and axles. Each wheel was connected to the axle, and in turn, the axle to the frame, in such a way that if a single wheel hit a bump, it would lift to navigate the obstacle without putting pressure on the axle. Same with the axle — if both wheels had to cross over some kind of impediment, the axle moved with the wheels without putting stress on the wagon or the load. In addition to these measures assuring vertical and horizontal balance, the two trucks were connected at the center with a triangle shaped frame, allowing for maximum lateral agility. This ensured stability over unstable ground. 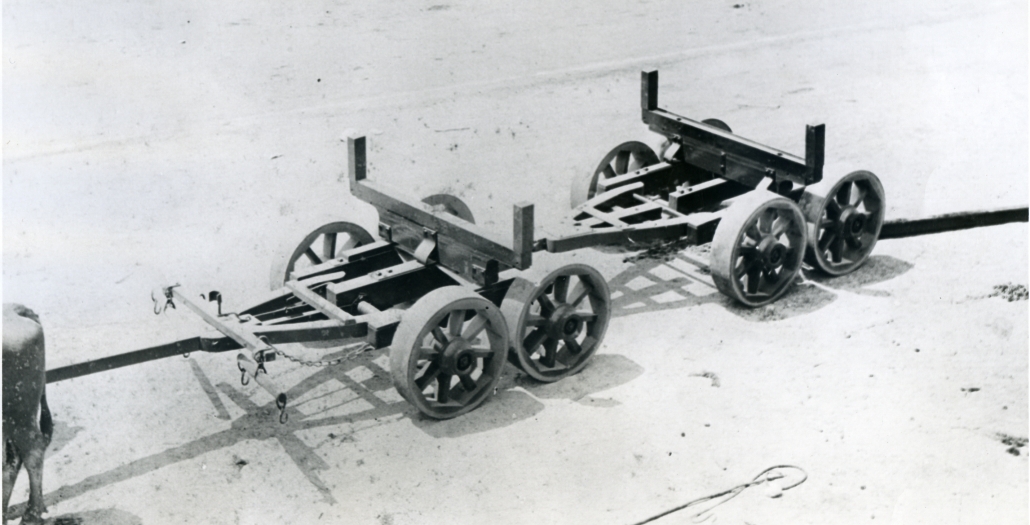 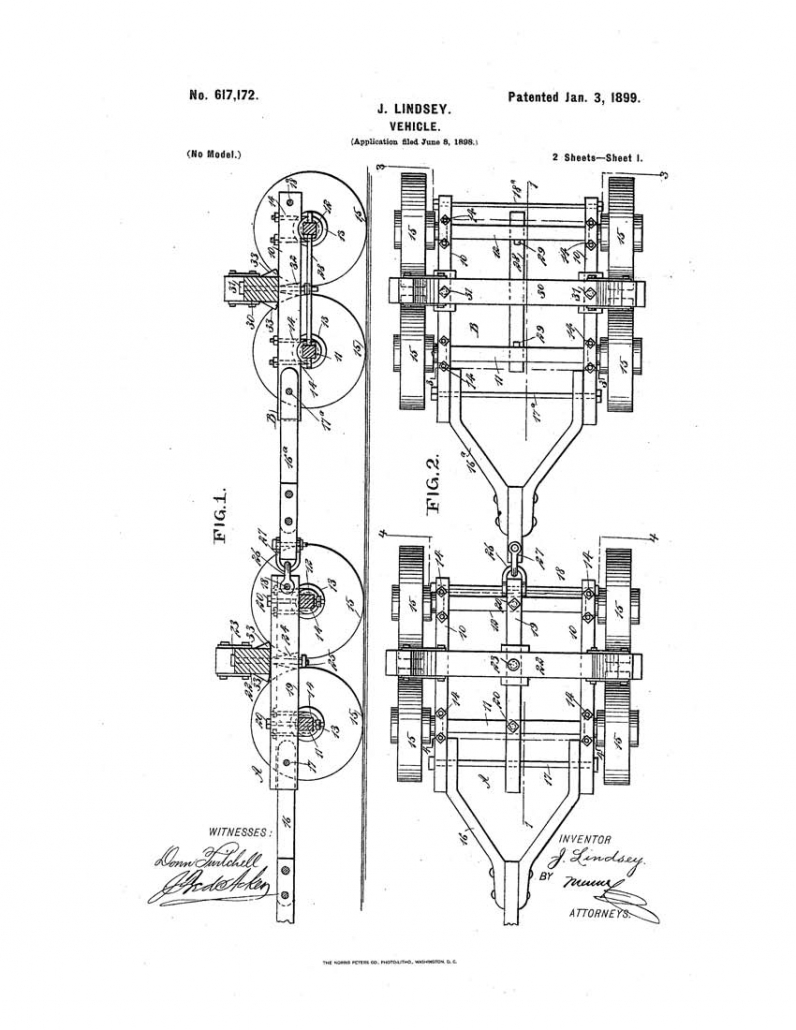 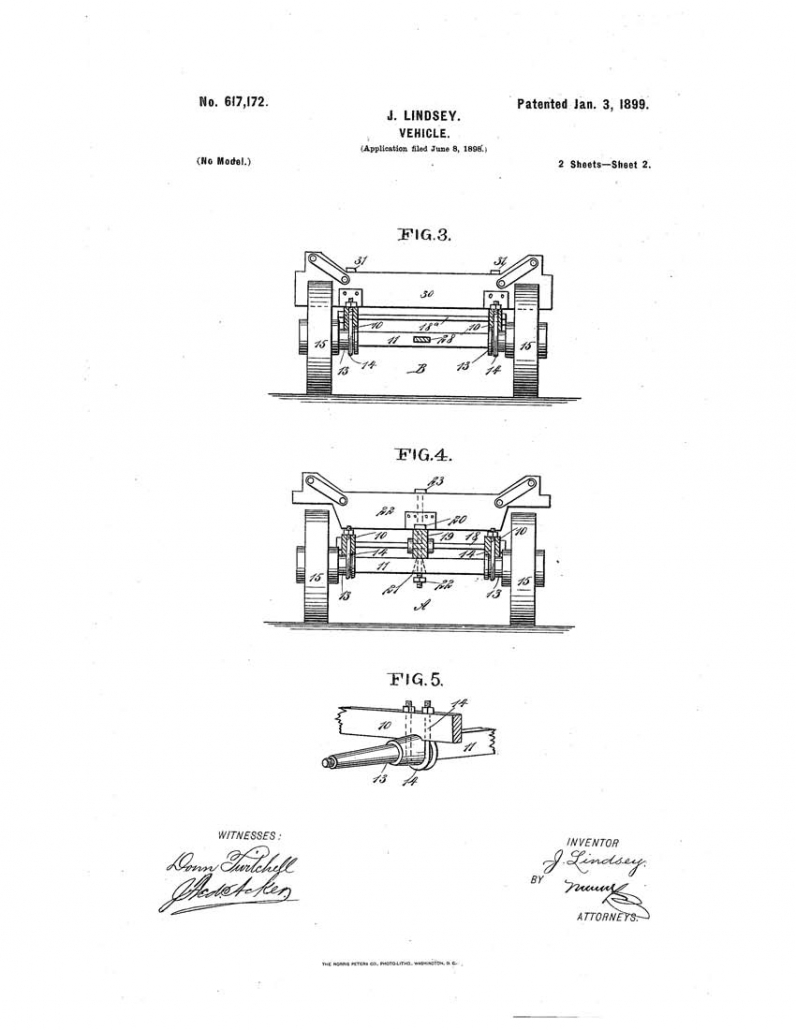 John partnered with his brother, Dr. S.W. Lindsey, to form the Lindsey Wagon Company. S.W. was a dentist, and he offered his financial backing and business know-how in return for a fifty percent stake in the business. The partnership proved its worth the next year, when Lindsey’s original mill in Sandersville burned, taking the fledgling wagon works with it. The brothers decided to focus solely on the wagon, which was hugely successful with local mill owners, and relocated their shop to the nearby mill town of Laurel.

After incorporating in 1901, the brothers set to work and eventually manufactured several hundred wagons from their new location. They realized that with a ready supply of iron for the wagon components, they could expedite their manufacturing processes, so they set about creating a foundry to supply the shop. In 1904, they incorporated the foundry, and Laurel Machine and Foundry was born. 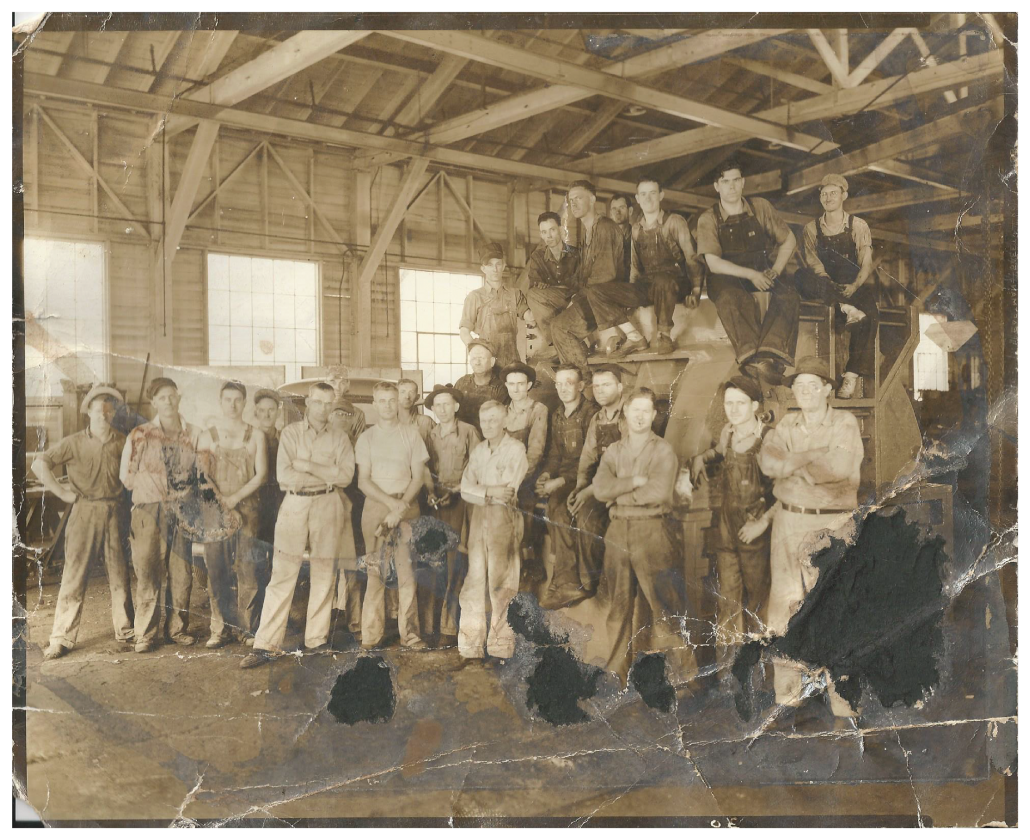 The Lindsey Wagon Company saw great success in the following years, even contributing to the war effort in WWI; the company sent wagons and a sawmill overseas to help build trenches. These contributions also expanded their enterprise, as they picked up European customers in the wake of the war. Demand for Lindsey wagons followed the long arc of timber production, but eventually the brothers’ invention lost traction in the face of newer technology.

The Lindsey brothers left an enduring legacy of innovation, creativity, and ingenuity in Laurel. They were local boys who built two companies from scratch — companies that manufactured lasting products. Their legacy still lives here, too — both in the form of family and an enduring business.  Sandra Bateman, who owns S.D. Bateman Fine Furnishings with her husband Stevie, is the great granddaughter of John Lindsey. Her son, Stevens, and granddaughter, Emma Kate, make up the fifth and sixth generations of the Lindsey family still living in Laurel.

In addition, Laurel Machine and Foundry is still open and thriving.  It was purchased by brothers, Jim Mulloy and Dick Mulloy, in 1911, and is still family owned today, in its fourth generation, by Trent Mulloy.  The foundry has not only facilitated the manufacturing abilities of our little town for over one hundred years, but empowered its legacy of makers — from the Lindsey Brothers, to William Mason, to the more recent Laurel Mercantile.

Laurel’s craftsmen – her guild of creators and makers – have always been the lifeblood of our City Beautiful.  Sometimes all it takes is a need to bring them, quite literally, out of the woodwork.

To see the full patent for the Lindsey Wagon, visit New Southern View.