Read the previous post in the FIRE + FORTITUDE series.

South Mississippi heat was nothing to be trifled with. Even in spring, the temperature and humidity ensured damp handkerchiefs and sweat rings in collars. The joke in the camp was, at the end of the day, you’d have as many rings around your collar as months you’d been shorted pay.

In the late 1800s, gold was easy to come by. Our currency was one of relatively few in the world still backed by the gold standard – meaning, theoretically, you could trade in your paper money for its value in gold. Because of this, it was seen as safe for international companies and governments to invest in American businesses. However, in 1893, several catastrophic crop losses and a military coup in Central America convinced European investors that their money was safer weighing down their pockets as gold, rather than propping up businesses on the American continent. They started a run on gold from the US Treasury that resulted in the near collapse of the gold standard and a four year economic depression. The country faced a forced deflation of currency, the closing of thousands of businesses, a steep rise in unemployment, and, eventually, the thorough ousting of a President.

The Eye of The Storm

It took a while to trickle down to Laurel, but the Panic of 1893 nearly brought the fledgling Eastman Gardiner Lumber Company to its knees.

The depressed economy was enough to face on its own, but Eastman Gardiner was forced to grapple with a wildly unreliable railroad network as well. Many of the larger railroad companies had overextended themselves financially, and with banks closing and currency devalued, they were struggling to remain afloat. This led to decreased service and fickle scheduling, which, in turn, affected Eastman Gardiner’s ability to meet both their financial and material obligations.

In any other comparable lumber town, this story would have only one ending: workers would have been laid off in waves until, still unable to meet financial demands, mill owners would have been forced to close their operation and retreat back to their homes and families in far-off Northern cities. The towns that grew up around the mills would die slowly of population loss, until the next upswing in the economy and the arrival of some other intrepid “timber cruiser”. Then, the cycle would repeat. Many, many towns in south Mississippi faced this fate.

But Laurel was spared.

Our little mill town was different. First, our mill owners lived here. Their families lived here. They realized that they had as much to lose as any mill worker, and they didn’t want to see everything they’d worked for destroyed. Secondly, they valued the men who worked for them — men of every color and creed, evidenced by their hiring and promotion of African American and white workers alike. Their employees were the ones who would suffer most in the economic downturn, facing unemployment, transience, and eventual poverty if laid off.

So, while Silas Gardiner and Lauren Eastman worked outwards, searching for outside financing and investors to shore up the company during the fiscal slump, George Gardiner worked within its walls, offering a radical plan that relied solely on employee trust to work.

Rather than lay offs, George Gardiner proposed a temporary wage cut for workers who would ride out the recession with the company. He reasoned that if all employees could live on skeleton wages for a few months, the company would survive. The rest of his plan was revolutionary, and completely unheard of in terms of the business and social norms of the time.

They would pay the employees back.

For all the lost wages over that uncertain, ragged, and tense period of months, employees would receive back pay. Gardiner’s plan relied solely on the company’s, and his family’s, reputations for honesty and fair dealings with their workers. Overwhelmingly, the workers trusted the company, and, faced with being paid anything over being laid off, they stayed.

Seven months later, the economy improved. The mill began to profit once again.

And every worker received every dollar they were owed for their seven months of shorted pay. 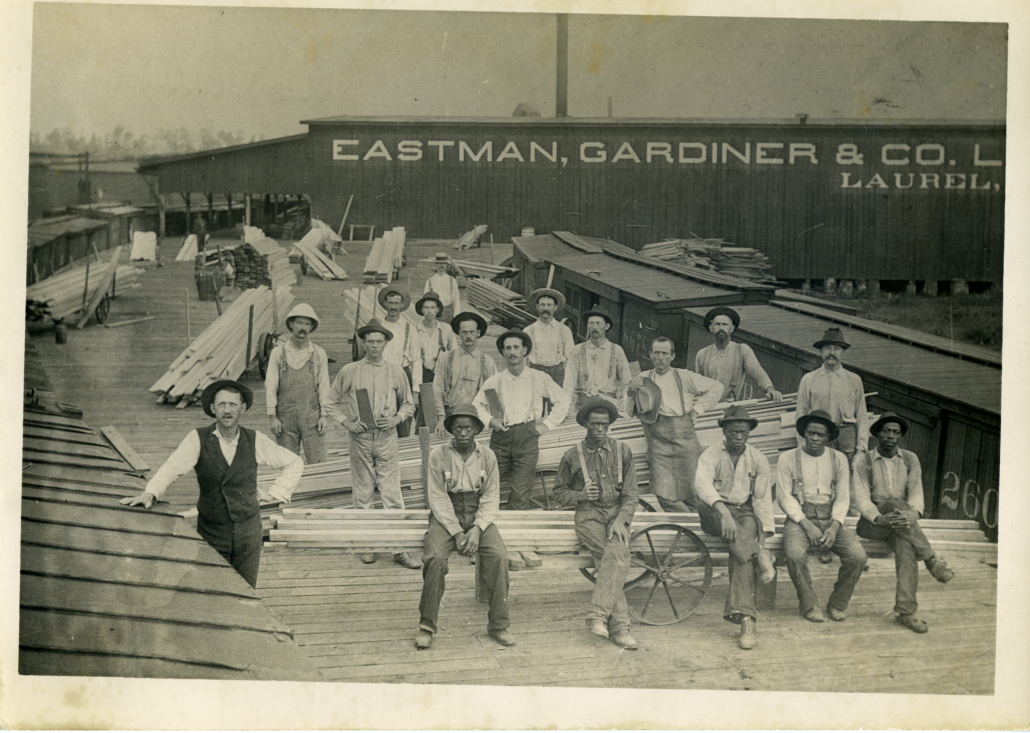 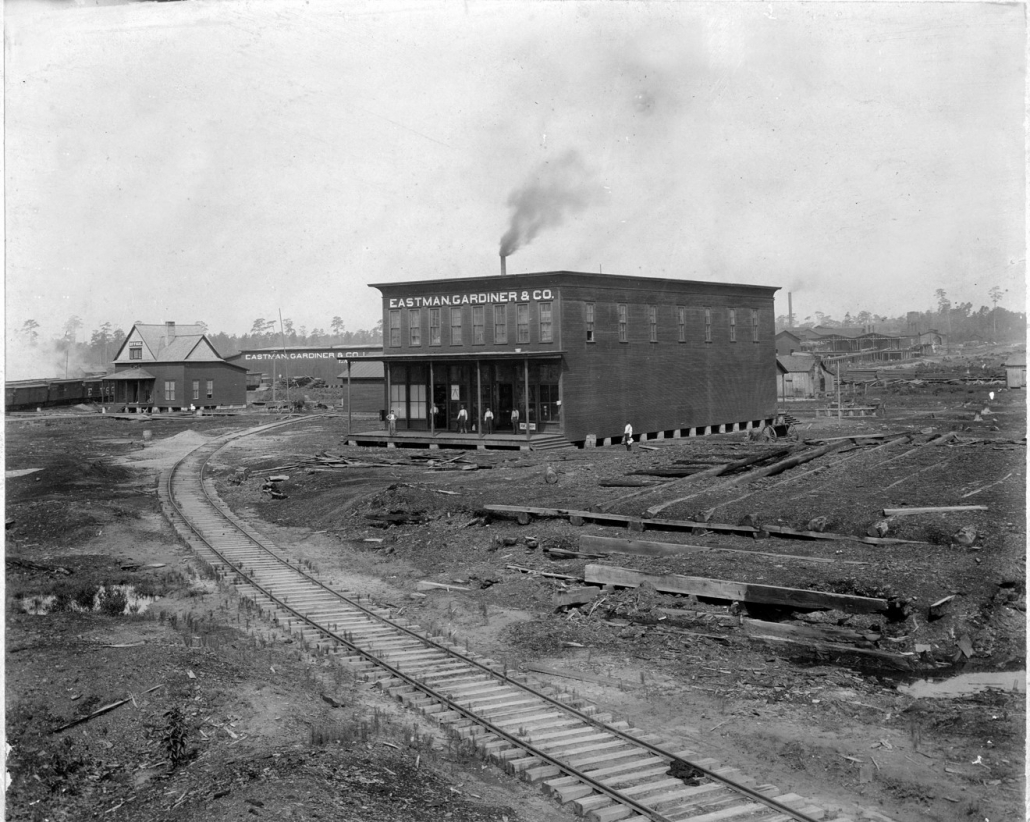 Gentry is defined as “the well-born or well bred.” Our Laurel gentry may have come from money, but they were made from sterner stuff than other mill owners of their time. The Gardiners and Eastmans could have turned tail and run, cutting loose their obligations and leaving their employees high and dry. They didn’t, though — when the going got tough, they put themselves in the shoes of their men and realized that it benefit no one to cut costs by cutting jobs.

This story is remarkable enough in itself: that the employees trusted the mill owners enough to take a pay cut with the promise of eventual remuneration; that the financial panic receded and the mill was still afloat; that the mill owners made good on their promise of back pay. But another facet of this story is just as remarkable. Eastman Gardiner, not content to simply meet their obligations, exceeded their promises by earmarking the entirety of that year’s profits to build a school for workers’ children, improving the quality of their lives and the lives of generations to come.

Our gentry moved to Laurel with the intention of building lives here. They realized that in order to do that, they had to focus on community, not just commerce. Any other businessman of their time (and probably ours) would have called their actions crazy — it just wasn’t good business to be so heavily invested in employees’ lives.

The fact remains: the mutual trust and respect of the community, not the profits of the mill, saved our City Beautiful.