It’s a setup for a perfect Dad joke … what are you eating for the “Souper” Bowl?!

It’s chili for us, and PS Seasonings are our favorite.  Grab some of our PS Seasoning Rodeo Rub and try a little of their Over the Top Chili this Sunday. 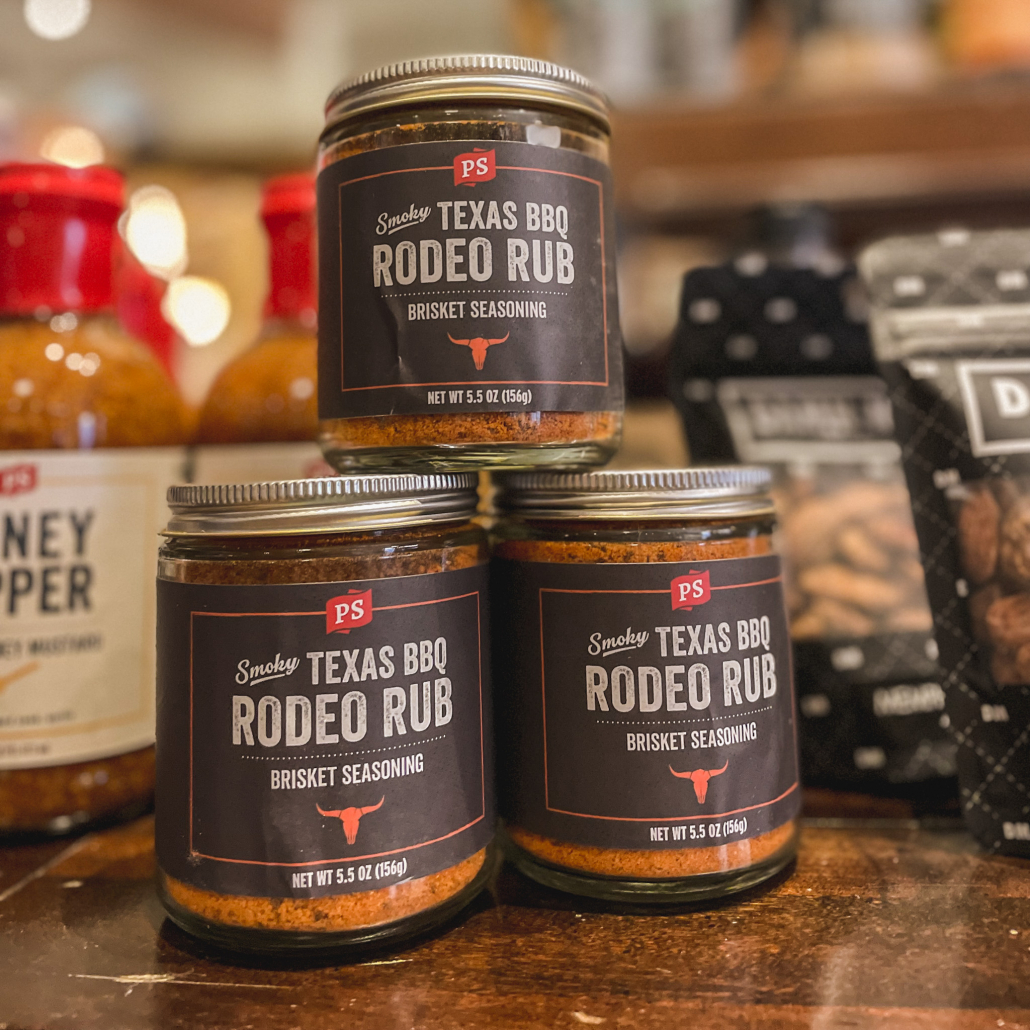 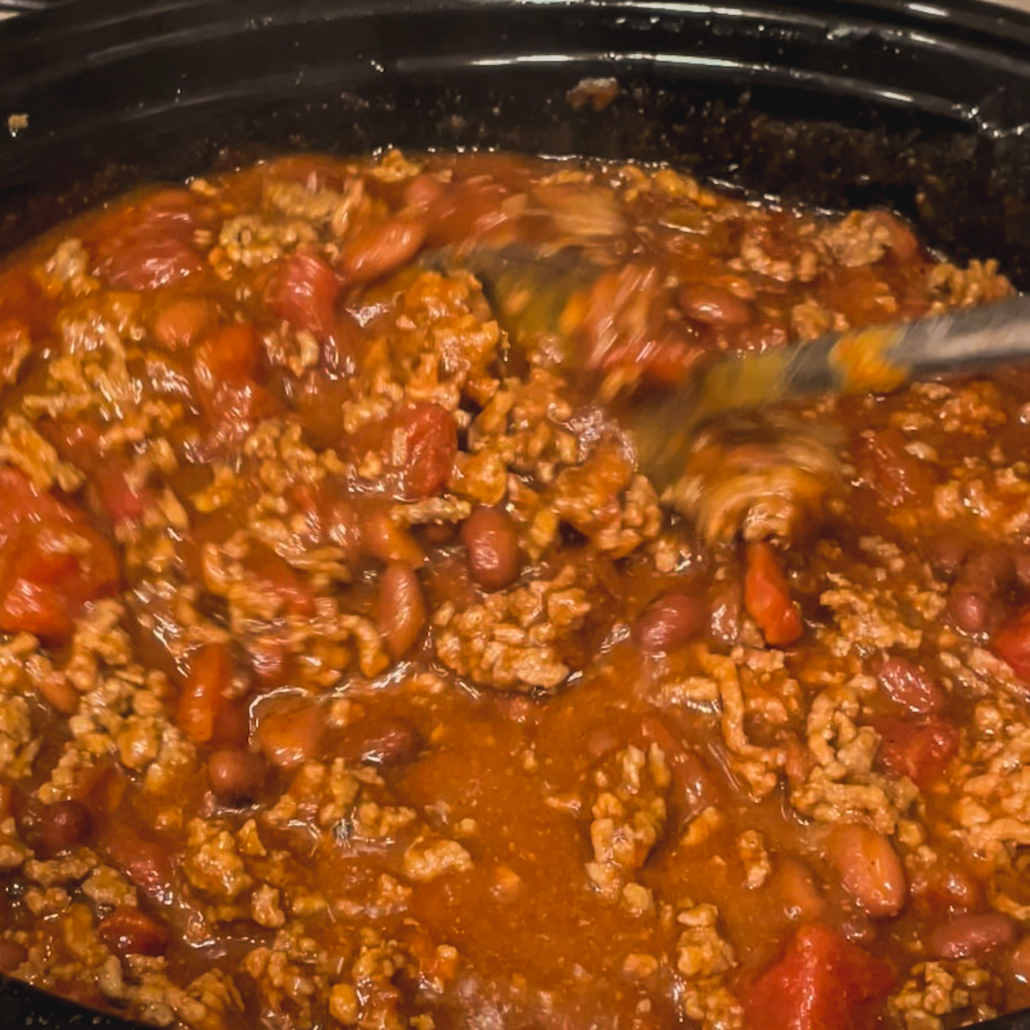 Shop all our PS Seasonings here. 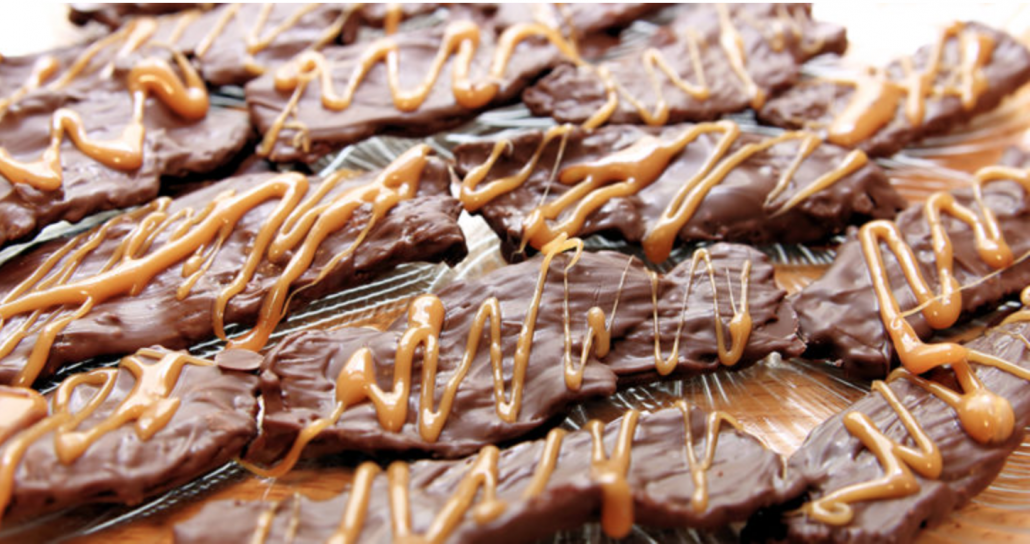 Let’s face it, Valentine’s Day is not about men.

We’re not arguing that.  In fact, we’re all for the hearts and flowers, and you can bet we’re preparing accordingly (because the dog house is COLD).

But, should you feel led remind your favorite guy that he, too, is important on this, the most loving of holidays — we’re here to help.

So what do you buy a man who probably has everything?  Here are a few ideas…

HELP HIM WIND DOWN: 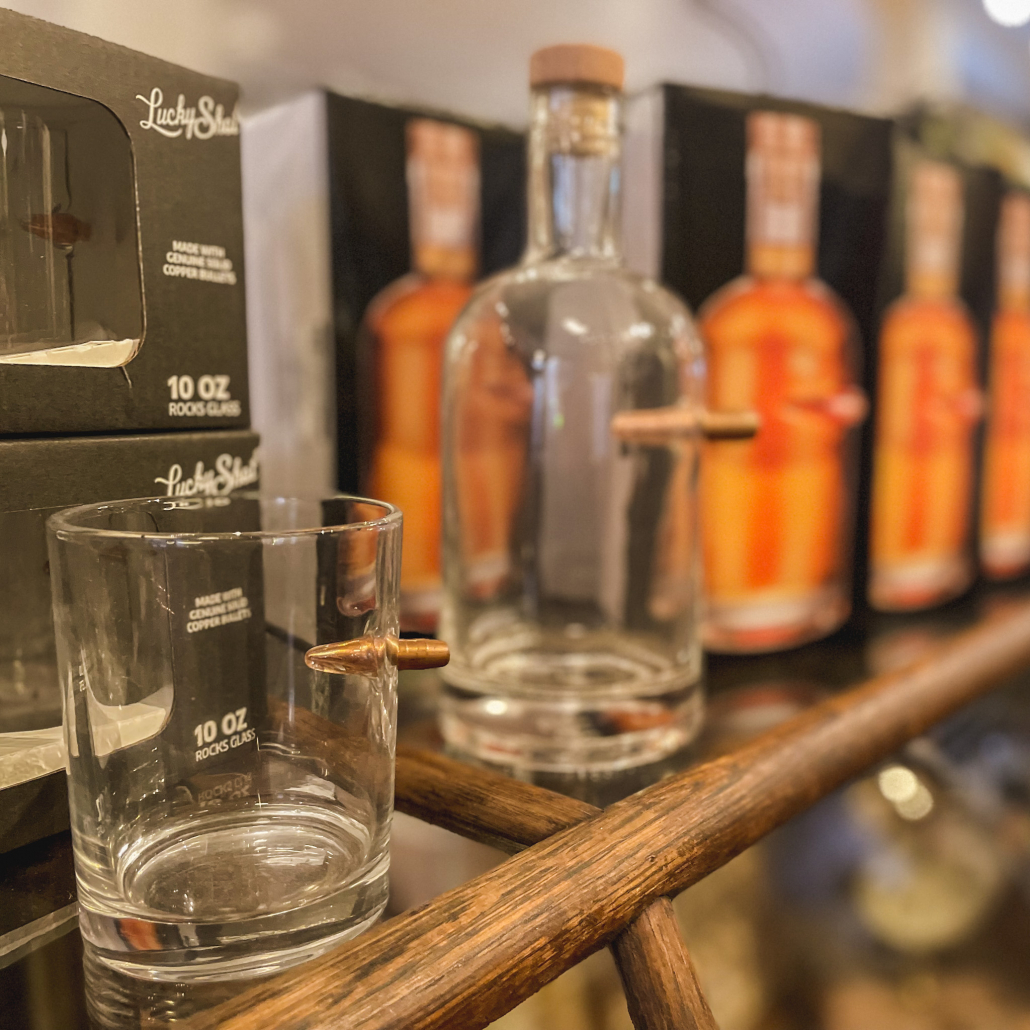 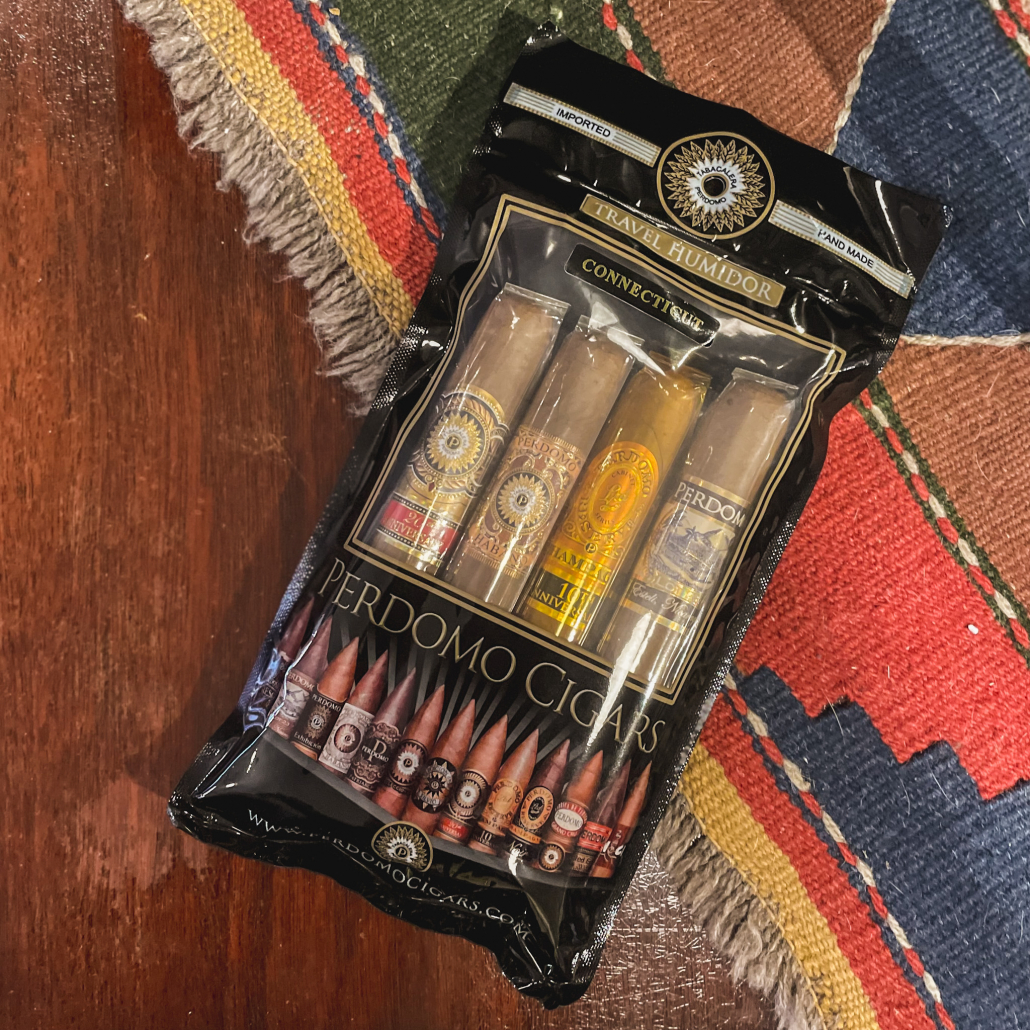 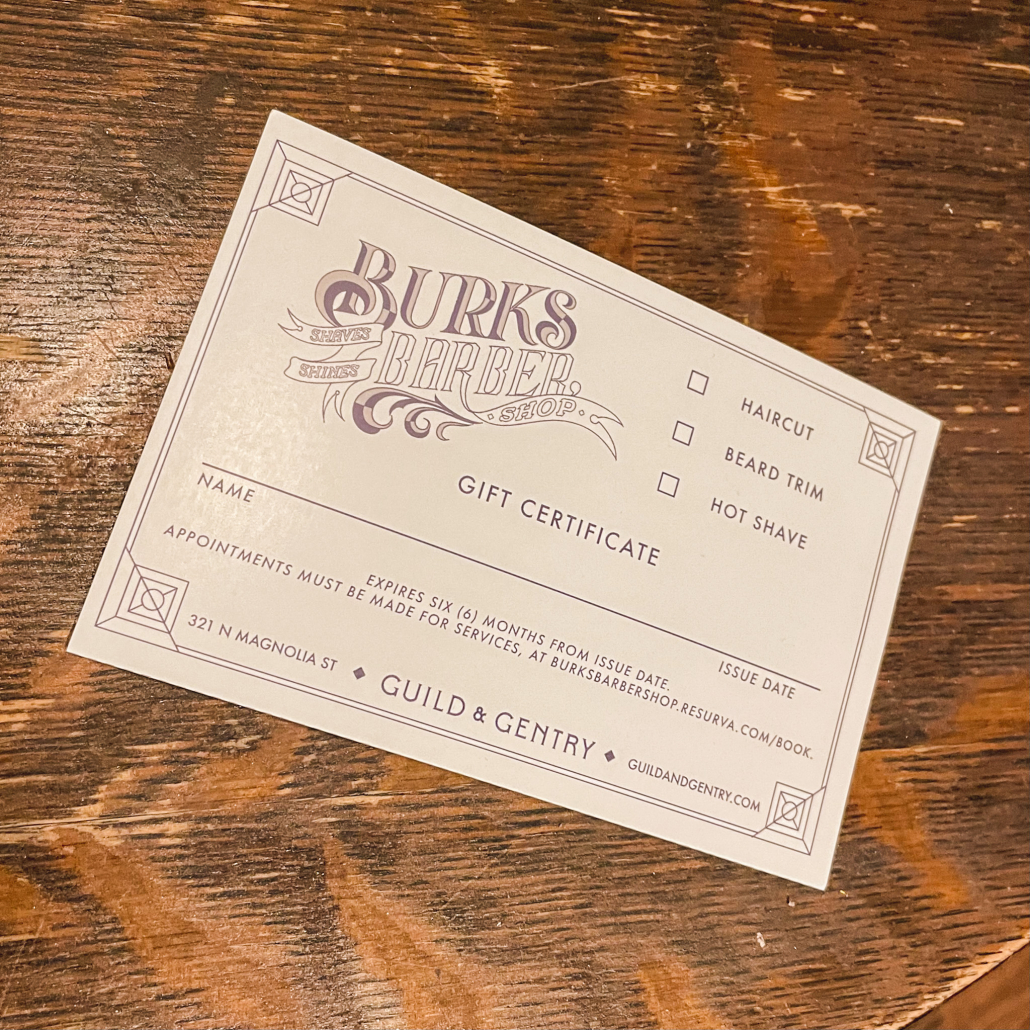 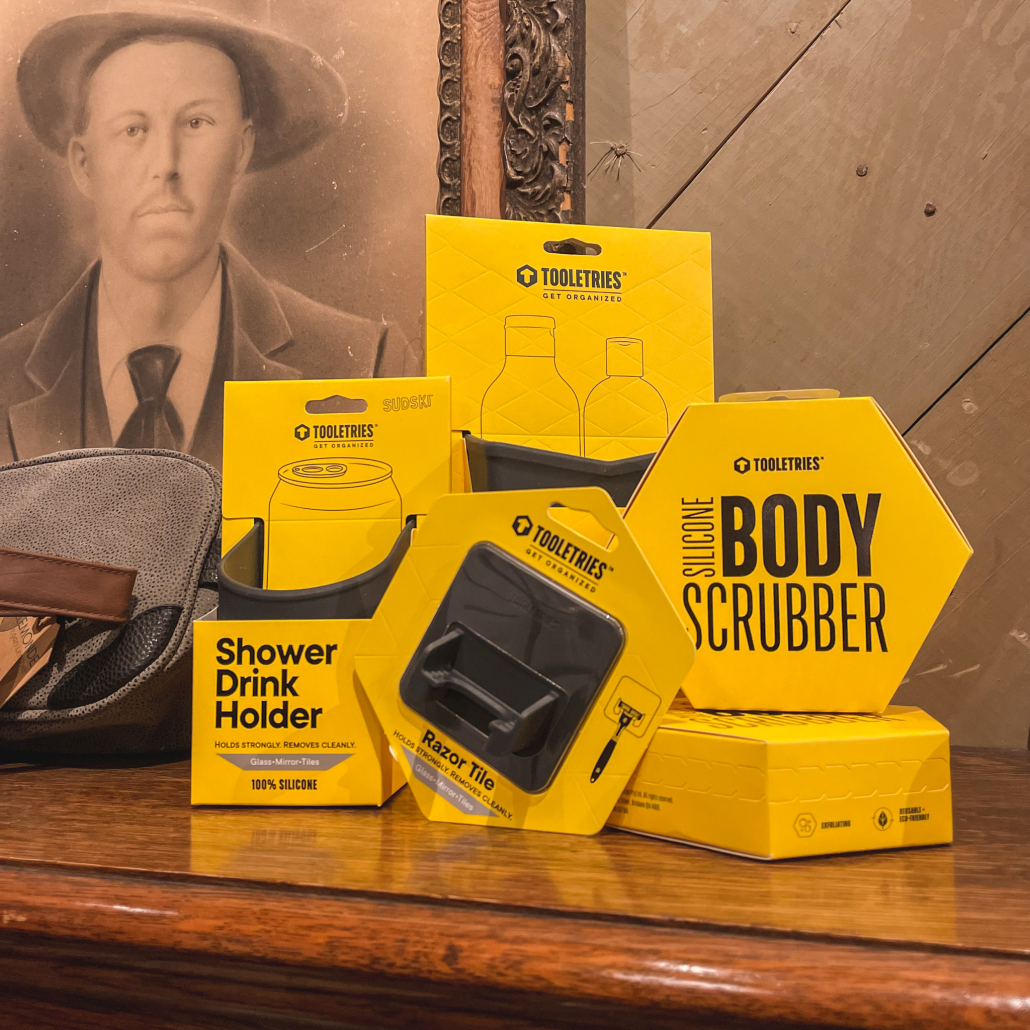 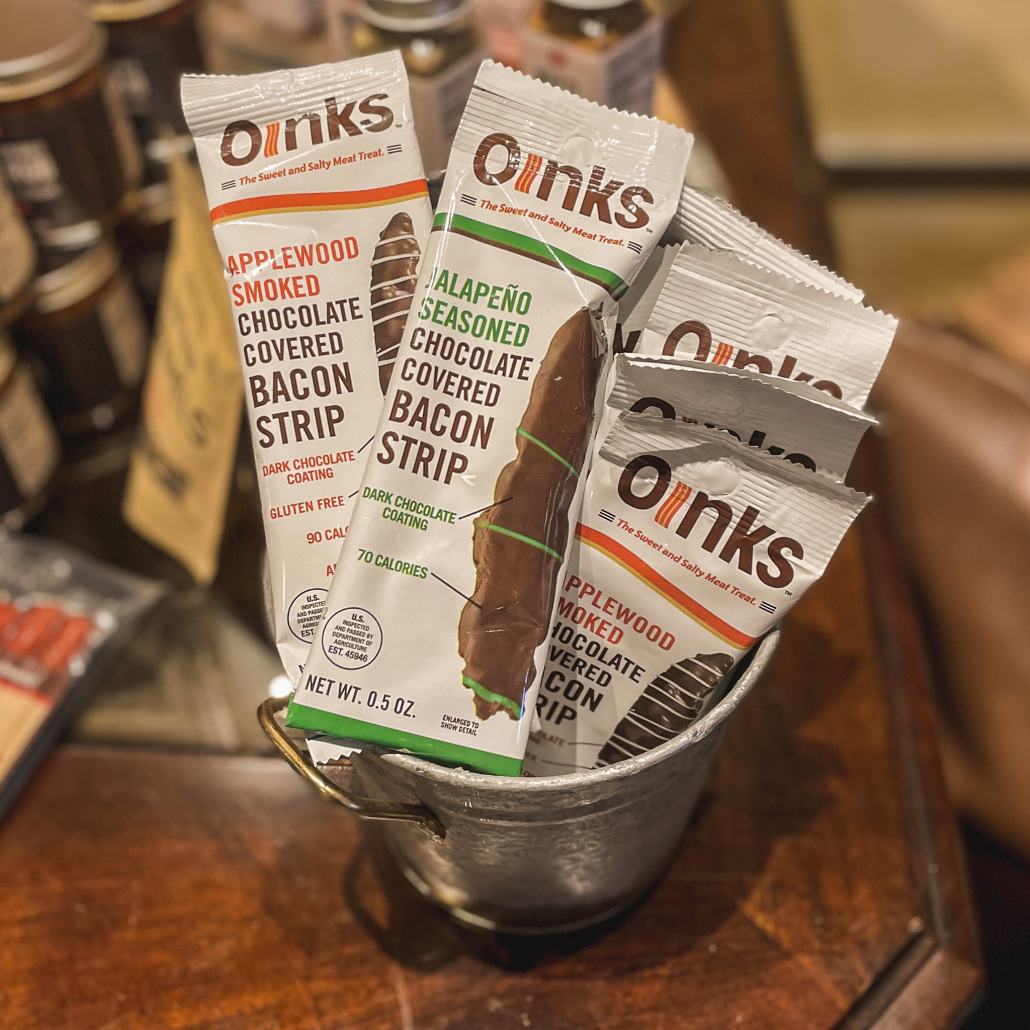 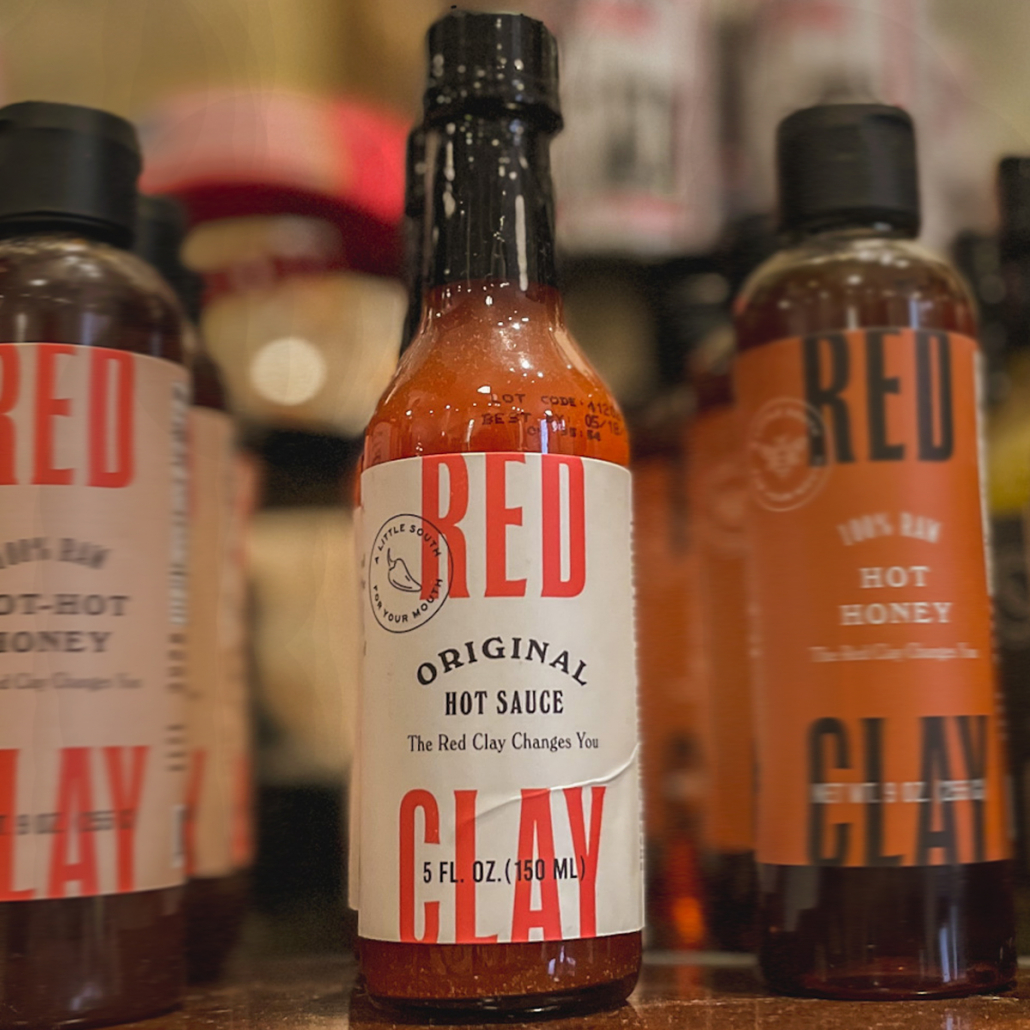 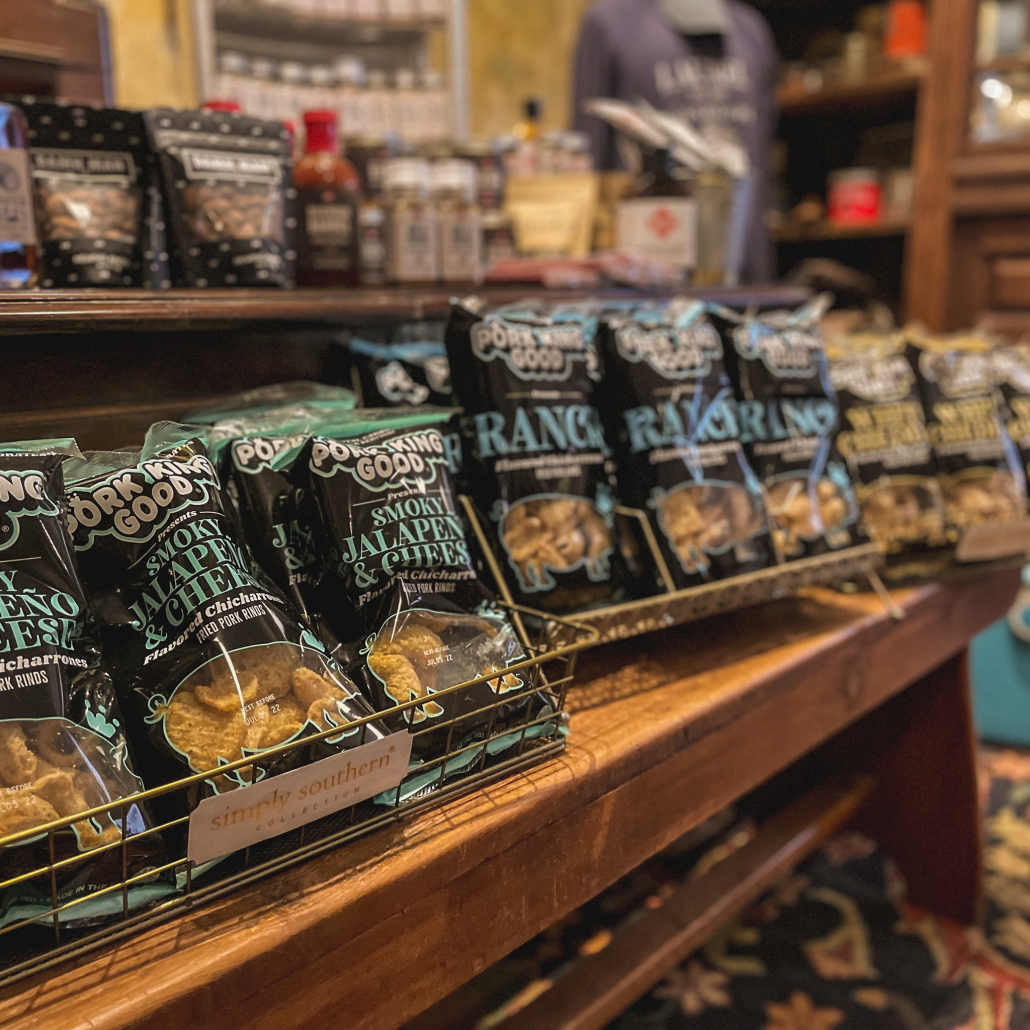 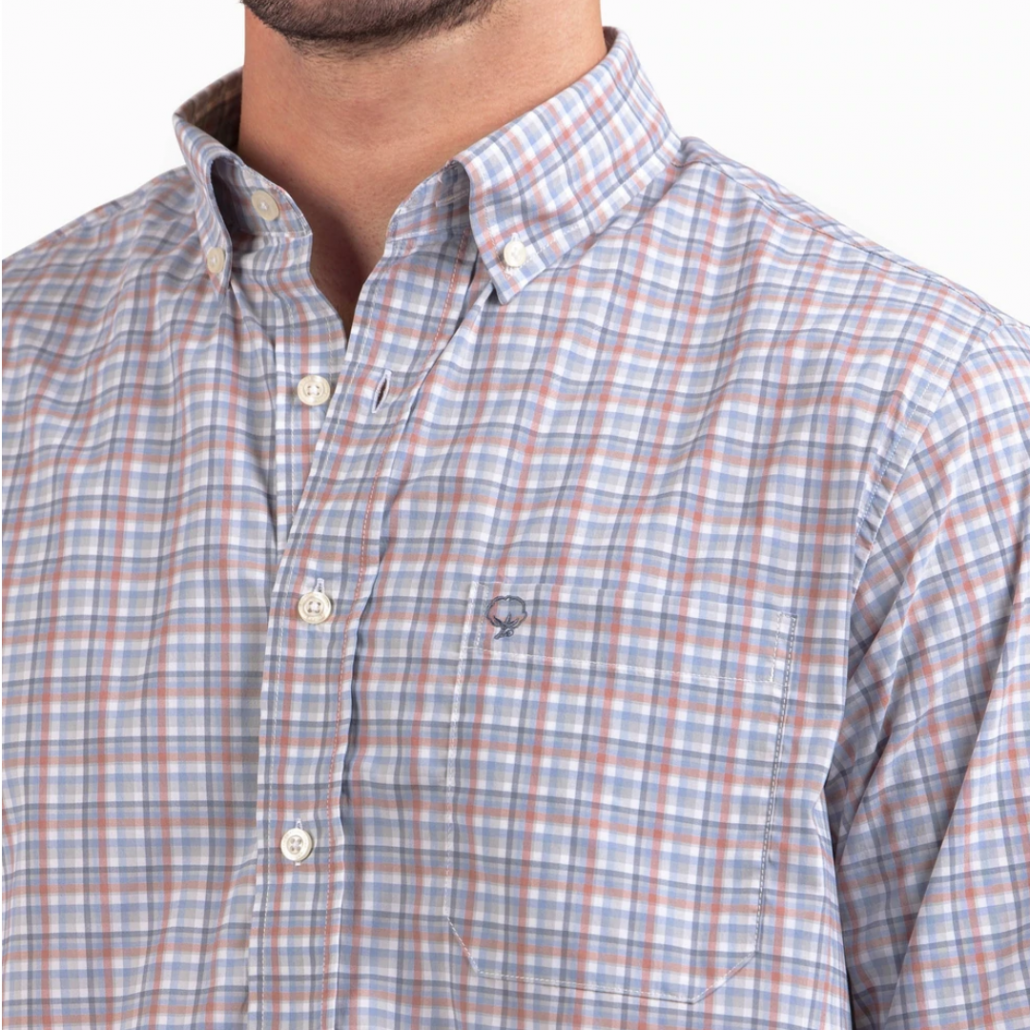 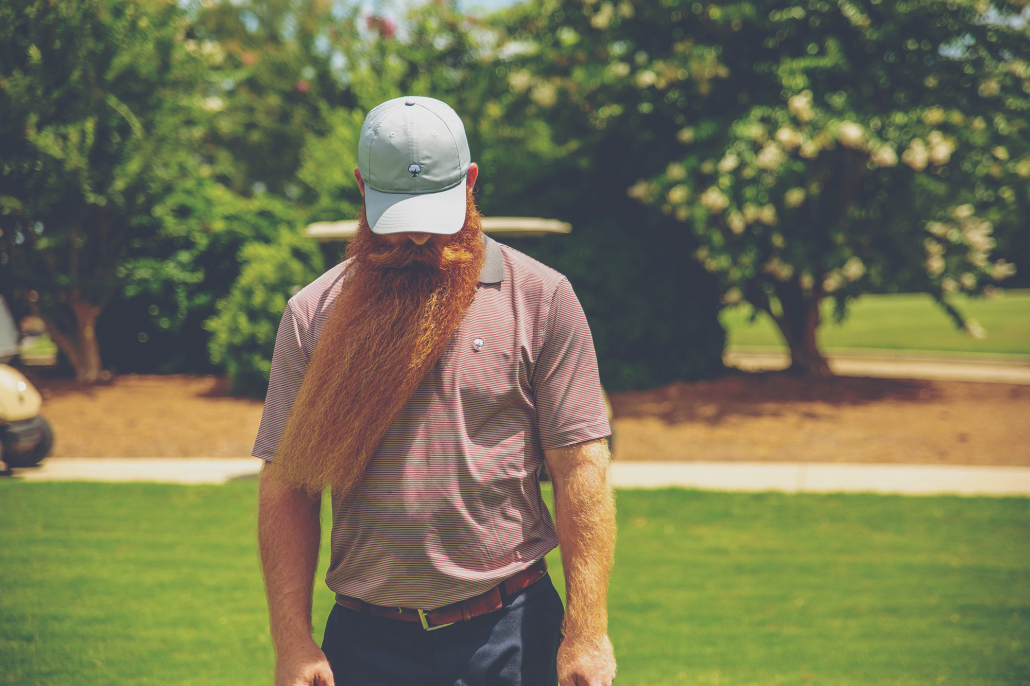 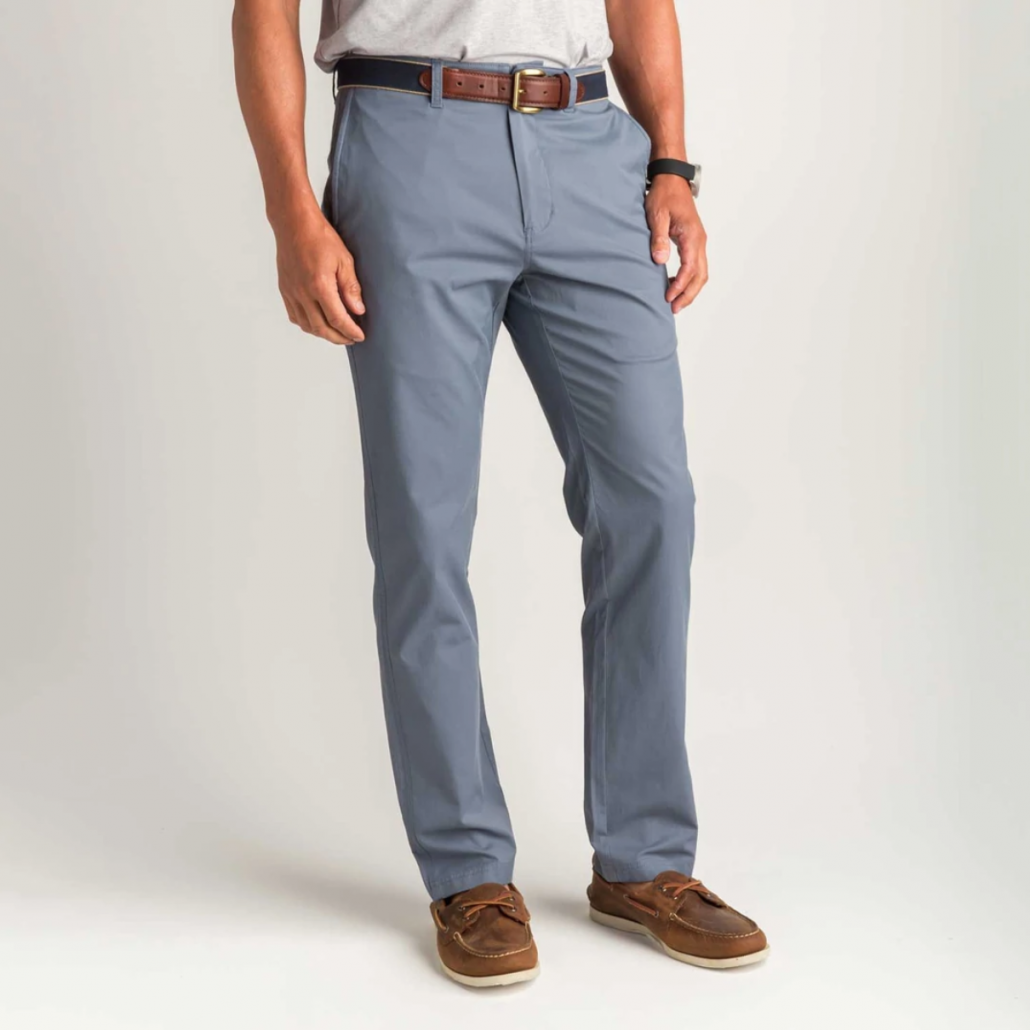 LET HIM LOUNGE AROUND: 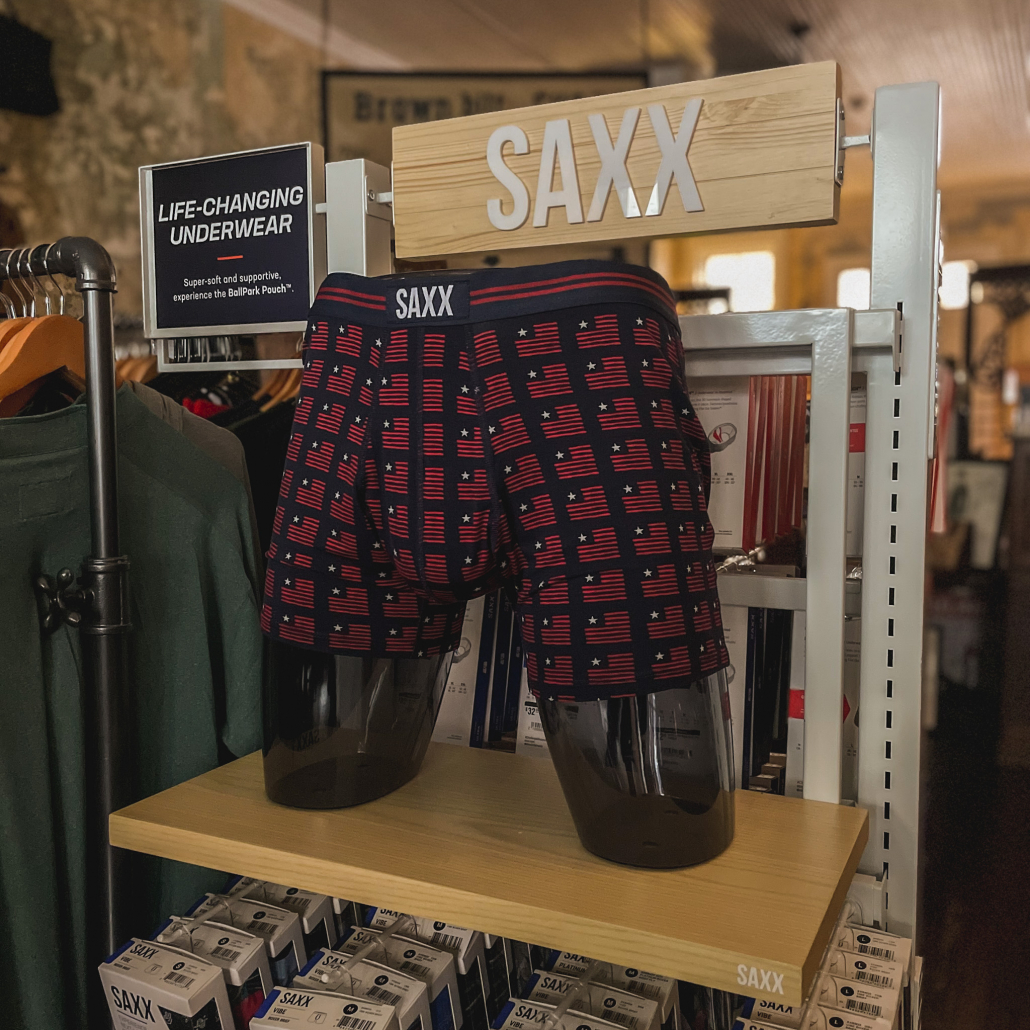 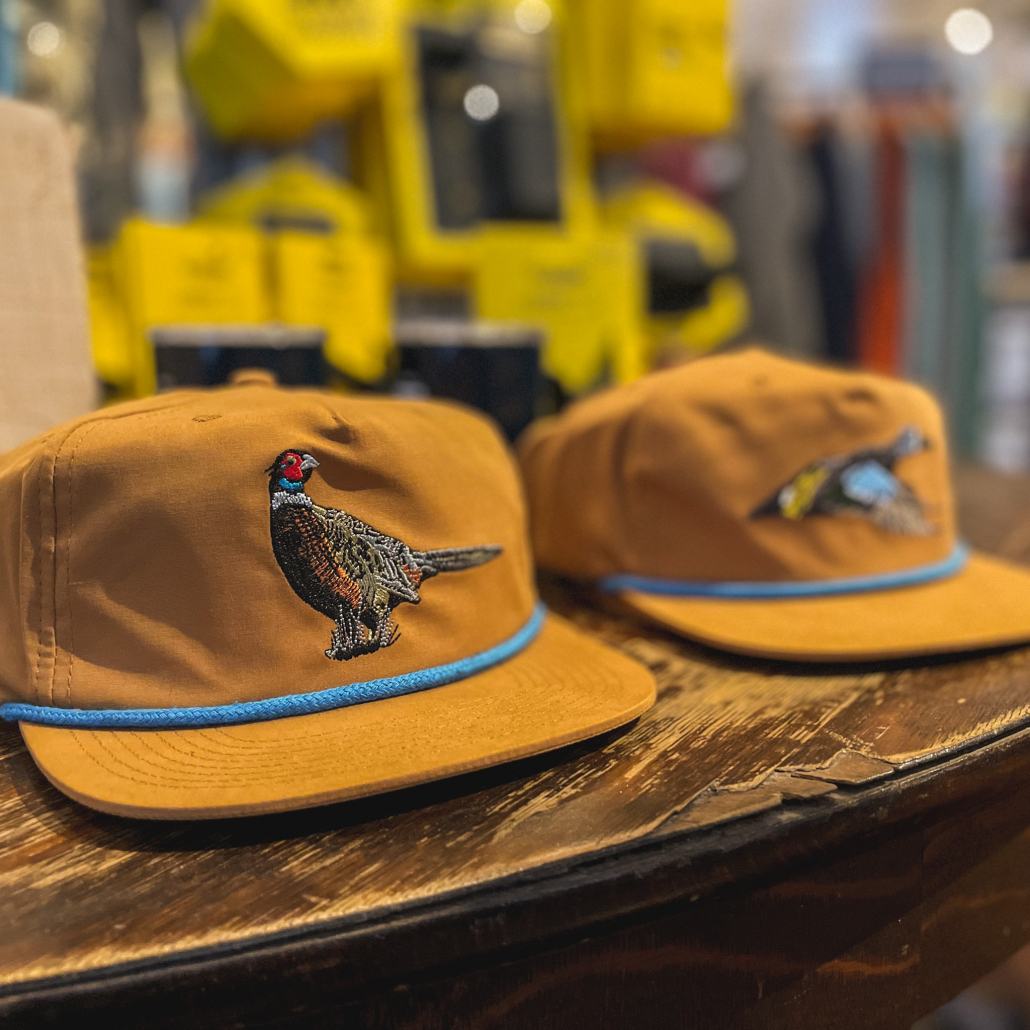 Most of the new downtown business owners missed Laurel’s heyday during the 50’s, 60’s, and 70’s. We only remember the “sheds” of the 80’s, or the ghost town that was left when they came down. Since opening Guild and Gentry, we’ve heard so many stories about “Old Laurel” and the businesses that came before us, it makes us nostalgic for a time we never got to experience.

However, many of the stories we’ve been told have revolved around a business slightly outside the downtown footprint — one that’s weathered the ups and downs of Laurel’s shifting economic base and the ebb and flow of her population. Phillip’s Drive In, affectionately known as PDI’s, has been around for decades, serving up milkshakes, onion rings, and chili-cheese burgers to generations of Laurel residents.

A TASTE OF LOCAL INDEPENDENCE

My grandmother was the oldest of six children and a talented athlete, playing basketball throughout her high school education at Calhoun. Her father, my “Papaw”, was a strict disciplinarian, but with six children, he couldn’t have eyes everywhere. On Friday nights, my grandmother and my great-aunt, very close in age, would leave their basketball game — without permission from their parents — and high-tail it to to town to grab a burger at PDI’s. They’d “cruise” through the drive-through, visit (and flirt, I’m sure) with students from other local high schools, get their fill of fries during a few minutes of stolen independence, and then get back home to my great-grandparents, who were none the wiser.

Growing up, stories like these added a taste of freedom to the burgers and fries my friends and I downed at PDI’s. Phillips Drive In retained its aura of “cool”, even as the era of the “Great American Drive In” faded across the country. Opened in 1948 as a Dairy Queen and rebranded as Phillips Drive In during the 1960s, PDI’s has been a Laurel staple for nearly seventy years. This Saturday is the PDI’s Reunion, a celebration of our hometown drive-in and the generations of memories it’s helped to create.

The PDI Reunion was founded in 2011 by a group of Laurel natives looking to share their fond memories of time spent under the PDI’s awning. Six years later, the event has grown exponentially, boasting a lineup of local bands (The Classix and Davis County are performing this year) and a large vintage car show. The organizers ask attendees to bring their fond memories, old photos, and their dancing shoes.

We’ll see you there.

For more information, visit the PDI Reunion or Old Laurel Memories Facebook pages. The profits generated from the event benefit the Mission at the Cross and the Mississippi Children’s Home.

WHAT IS A LOBLOLLY, ANYWAY?

Arguably the most tongue-twisting term in the Laurel lexicon, “loblolly” is a reference that stumps most visitors. While the word may sound silly to those unfamiliar with our City Beautiful, locals know that a loblolly is the species of pine tree that was most prevalent in our area around the turn of the twentieth century, spiking the lumber boom that laid the foundation for the city we know today. Laurel natives are true “Loblolly Lovers”, and look forward every year to the first Saturday in October, when we celebrate Laurel’s heritage at the Loblolly Festival.

Loblolly pines are a Southeastern staple, second only in US prevalence to the red maple. Unlike the pines of the northern parts of the US, our loblolly pines grow straight up, with branches that can begin – on mature trees – over fifty feet in the air. They gained their name from the Southern take on a British reference. The Brits use the terms “lob” and “lolly” to refer to thick porridges or stews; around here, swampy lowlands are referred to as “loblollies”. Given the trees’ preference for low-lying, marshy areas, the name stuck.

The festival itself was first held as the Main Street Festival, celebrating Laurel’s history and raising funds to continue needed improvements to her downtown revitalization. Now, many years and a name change later, the festival has grown to an attendance of roughly 30,000 people and covers the entire downtown footprint. Attendees will find traditional festival food — corndogs, chicken-on-a-stick, and funnel cakes — but local offerings, as well, from the Knight Butcher, The Pearl Diner, and Lee’s Coffee and Tea. Artists and makers from several states converge to showcase their wares, while Dayton Scoggins, local chainsaw artist, gives loblolly logs a second life as bears, eagles, and a myriad of other wildlife. The most anticipated tradition is always the appearance of the Loblolly Lumberjack, played by Ben Napier, who essentially becomes the “Where’s Waldo” of the festival, posing for pictures with excited tourists and locals alike.

While Laurel’s primary town gathering isn’t held under the pines, her story still stands in their shadow. From the late 1800s, when our “Iowa men” came to town and began the Eastman Gardiner Lumber Company, the loblolly’s presence and history has been intrinsically bound with our City Beautiful. From their vision came a huge industry that grew Laurel from a tiny logging community into a small, but well-rounded, city. Eastman Gardiner’s foresight spawned generations of visionaries — John Lindsey, William H. Mason, and countless others — who, too, saw the potential beneath our loblolly pines.

It’s this storied heritage that we celebrate with Laurel’s Loblolly Festival. Every town has a history they’re proud of, and every town has a festival celebrating that history, but what sets Laurel’s apart is the attention paid to the modern manifestation of our collective history. Our town was founded by visionaries, built by craftsmen, and buoyed by makers — and the fostering of those creatives, business leaders, and builders is what has kept Laurel afloat from the time of her founding until now. Loblolly is a celebration of what is best about Laurel’s history, and what will grow her opportunities, her community, and most importantly, her people, in years to come.