Fast forward one hundred and twenty five years to 2016, and my grandfather had just passed away.

One rainy Saturday in May, I was digging through what seemed like an endless array of belongings stored in my grandparents’ basement. My grandparents were Depression babies, and they never threw anything away. Everything had a use, and a reuse, and endless potential, because it could be the last time anything of similar significance came their way. This transferred into their adult lives – my grandfather as a construction superintendent and my grandmother as a teacher – and on this particular Saturday, I was sifting through the expansive collections of construction detritus that my grandfather had compounded over the years.

As long as I could remember, that basement was his version of a museum. He had leftover building materials and tools from every job he’d ever worked on, and could wax poetic about the trials and tribulations that accompanied each and every project. He used to tell me in detail about the way the floors were laid in the Lauren Rogers addition, or exactly how and why the crane failed the day they were trying to place the First United Methodist steeple. He helped build the Laurel we know today, and never missed an opportunity to talk about it.

I’d finished high school here and hadn’t wasted a minute getting away. I went on to architecture school at Mississippi State; I came from a family of builders, of one stripe or another, and architecture seemed the logical way to marry my creativity with my attention to detail. I finished, and moved further away to begin my career.

I learned quickly that a life spent in front of a computer was not what I wanted.

I went back to grad school, and got an MBA. I chased that with a stint in sales, which kept me on the road constantly, and from which I was taking vacation to help my family pack up my grandfather’s home.

Back to the Saturday in my grandfather’s basement.

In the farthest shadowed corner of the basement – a place I’d always been scared to go as a child – I was moving out old wood, boxes, and abandoned furniture components when I hit a layer of papers covering an old drafting-style table. After bringing in more light and uncovering the entirety of the tabletop, I realized what a treasure I’d just uncovered.

In the dark, moldering corner of my grandfather’s basement, I found architectural plans for a handful of the most pivotal projects of my grandfather’s career — First Baptist Church’s sanctuary, the Laurel Leader Call building, Laurel Fire Station Number One, and several others that he spoke of often. 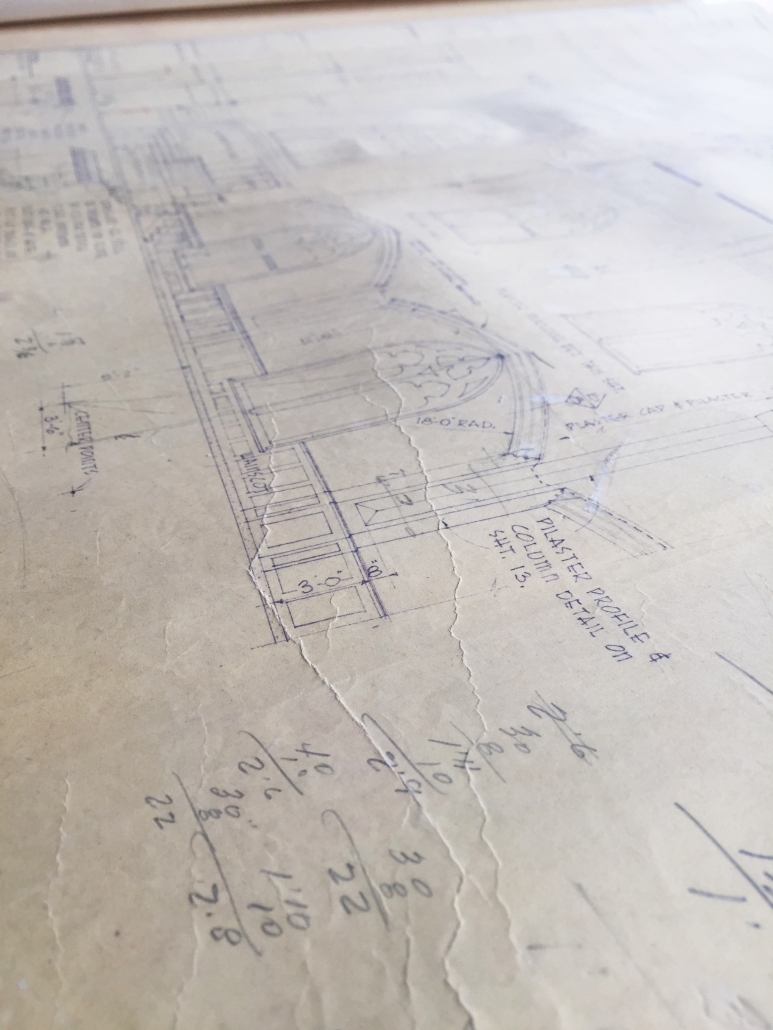 My architecturally-inclined heart skipped a beat. My grandfather literally built parts of Laurel, and I’d found the instructions he used. These buildings had shaped my life, and my experiences of my hometown. I realized then that my architectural aspirations had always been about building, but that building something didn’t necessitate construction.

The only way to build a place is to give its people a reason to stay, and give everyone else a reason to want to.

Laurel is thriving again. It’s an uphill battle, but it’s one being waged by visionaries of all stripes who know that Laurel can be the progressive, innovative and culturally relevant place that our “Iowa men” intended.

Guild and Gentry was envisioned as an homage to our city’s founders, both the named and unnamed in the annals of Laurel’s history — the men who built this town with their hands, hearts, and minds. Laurel’s past offers us a glimpse into what’s possible for her future — craftsmen, innovators, visionaries, and makers working together to foster creativity, build community, and leave this town better than we found it.