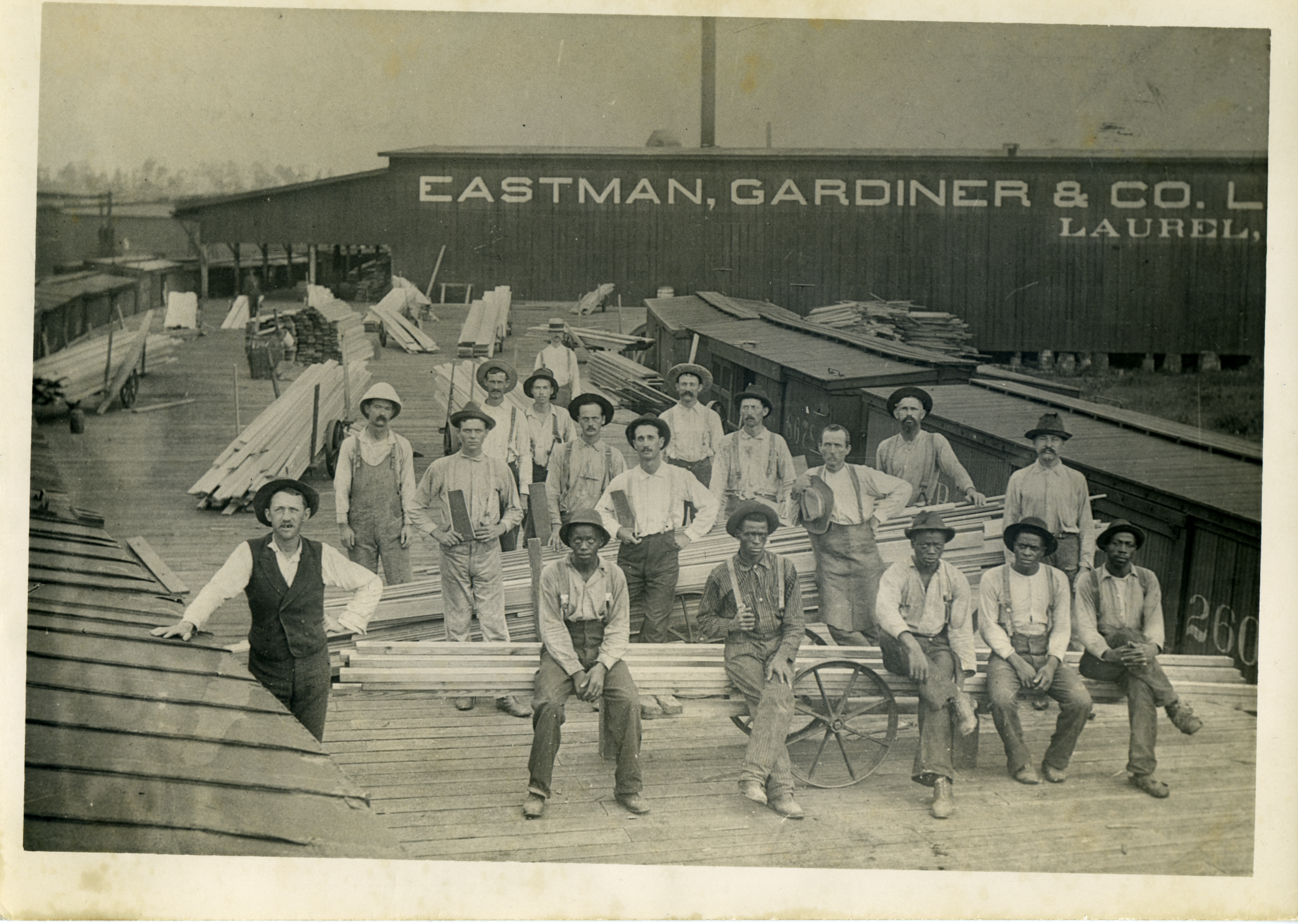 The sun was hot, but the massive pines grew too close to let the light in.  They didn’t throw limbs until twenty or thirty feet high, creating a vaulted, green cathedral that smelled of pine sap, smoke, and sweat.  This was church, and the men worshipped at an altar of yellow pine.

In the Reconstruction South, progress was dependent on timber.

Timber manufacturing began in our stretch of the Piney Woods in the late nineteenth century with the expectation of a Yankee-driven lumber boom.  John Kamper and A.M. Lewin, seeing a wide open market, founded Kamper and Lewin Manufacturing Co. in the late 1880s.  They built two mills in the area and began clearcutting and processing yellow pine.

In 1882, the USPS began the process of establishing mail stops at the lumber mills popping up all over the Southeast.  This directive landed on the desks of Kamper & Lewin Manufacturing Co., with instructions to name their two mills— one on what is now First Avenue, and one in the already-named community of Kingston, a few miles north.  Tasked with identifying the settlement that had grown up around their as-yet-unnamed mill, the men each tried to name the community after the other.  Both men immediately declined – neither Kamper nor Lewin wanted his name attached to such a forgettable place.  Faced with the impending deadline to name the outpost and establish mail service, they visited the mill in search of inspiration.

They walked the rails, circled the camp, and stood under the pines.

Nothing came to mind.

In desperation, they finally named our future City Beautiful after the first thing they’d laid eyes on when the train stopped – a stubby patch of mountain laurel growing between the tracks and the trees.

The men submitted their mill’s name — “Lawrell” — to the USPS.

The community grew, and mail began to arrive.  The small mill town gained the attention of the national Postmaster General, John Wanamaker, who was irked by the misspelling.  He officially changed the name to Laurel, and effectively erased the incorrect spelling from Mississippi geography.

She was small, and unimpressive to the naked eye, but her potential was visible to those who would see it.

Kamper was not our visionary, though.  When he crossed paths with father and son Silas and George Gardiner, and their cousin, Charles Eastman, on a train platform in Slidell in 1891, he thought he’d found the perfect way to get rid of the mill he wouldn’t give his name to.  The three “Timber Cruisers” were visiting from their homes in Iowa, searching for timber investments in the pine-rich South.

Our “Iowa men” agreed to visit Laurel with Kamper.  What they were shown was a run down mess: a ramshackle mill with an even shabbier settlement.  What they saw, though, was potential.  The virgin pine forests in and around Laurel were impossible to resist, and for four dollars an acre, the Gardiners and Eastman purchased 16,000 acres of land.  Later that year, they packed up and moved their homes, families, and hearts to the Piney Woods of South Mississippi.

They may have been timber men by trade, but they, and their families, were builders at heart.  The first generations of Gardiners and Eastmans, and later, their cousins the Greenes, saw no reason why a small encampment in the deep woods of Mississippi – the poorest state in the post-Civil War Union – couldn’t be a bastion of culture, progressivism, and intellectualism.  While most timber barons kept homes for their families in larger, more metropolitan cities, and traveled back and forth to the lumber camps, these men chose to settle their families here and bring the urbane with them.  They contracted the foremost experts of the time, on everything from education to park design, and poured a significant portion of the money they made from the land back into Laurel.

They built a place worth calling home.